I’ve always been good at dealing with problems and that’s probably because I have had a lifetime of experience.

It’s almost as if I come alive and have my best performances when I am under considerable stress and pressure.

Over the years, I have dealt with, and come through, many issues that I am sure, would have challenged the toughest of people.

But, when people ask me what my toughest business challenges were, I tell them that it was not really the time when I was going bust in my first business, surviving 3 recessions, or having my finance provider demand a few million dollars, it was more about keeping myself motivated, finding the right people and dealing with the complicated legal and professional issues that you face when you operate in different countries, currencies and cultures.

Just as nobody taught a child to walk, nobody taught anyone to be an entrepreneur – a businessperson, yes, because you have a curriculum for that and getting an MBA from an Ivy League College can do wonders for your career, which can also be a great springboard for launching a business.

But entrepreneurship is different, and you simply just have to figure it out. 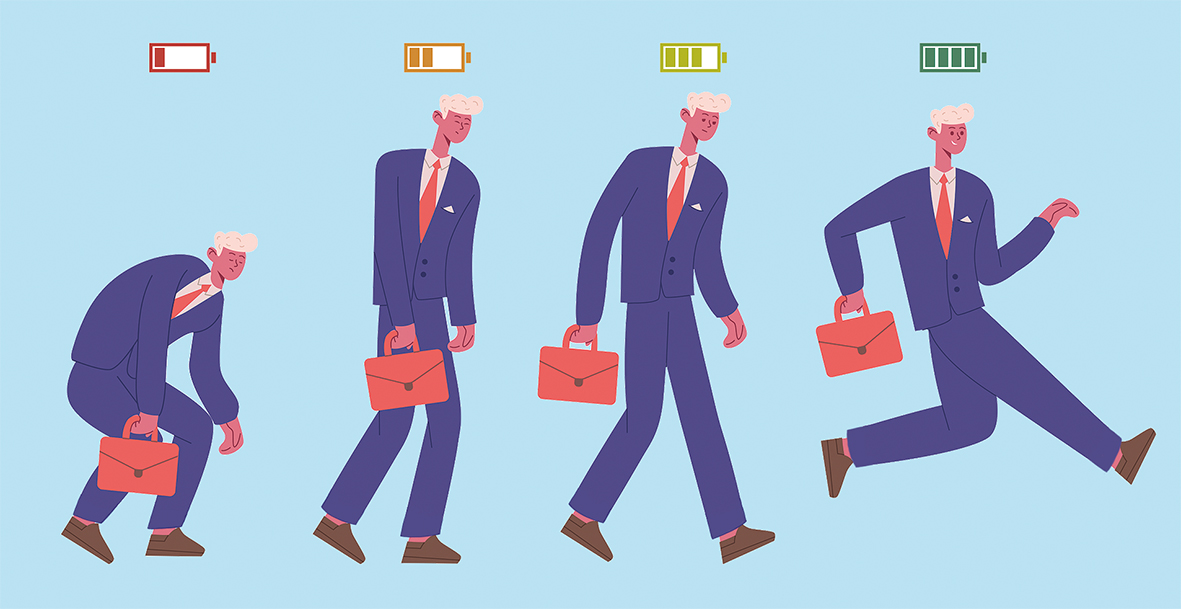 Motivating myself, especially in the earlier days was extremely hard – I never had a father, or father figure to push me in the right direction and my mother was simply not in tune with my mindset, although she did her absolute best to help and support me.

Even with the discipline that came with learning martial arts and a stint in the Territorial Army, which came after spending my teenage years in the Army Cadet Force, I still found it a huge challenge to constantly drive and push myself to get things done and I also loved to go to extremes.

I could flit from being totally lazy to driving myself to exhaustion…and there was no middle ground.

“Franklin, you’re a nightmare to deal with,” said one of my senior people in my company, after I was constantly changing and messing with our corporate presentation, and all from the comfort of my sun lounger while on holiday – I had no way of “switching off.”

“Put yourself in my shoes,” I replied to him, “I have to wake up with myself every day!”

I did get a lot better over the years…and I did learn to find at least some middle ground…ish!

Despite recruiting for some of the world’s largest corporations and for many years, I was the square-root of useless when it came down to recruiting my own staff.

Now, I managed to hire some seriously good people over the years, a few who have gone on to make their fortunes in their own companies…but here, I am talking about the big picture and my own strategy of hiring.

I simply got too excited when it came down to hiring people – it’s the entrepreneurial spirit on steroids that would usually take over when I interviewed people who I thought could be right for my organization.

I didn’t really look too much at their CVs, because in reality, they don’t tell you or prove much, so I threw the rules out of the window and went purely on my instinct.

I would look for just one point of interest during the interview…one success story and then I was hooked.

In my mind they were already hired, and I could see the value they were going to bring to my company and that was it.

I think you can guess as to the outcome of some of the people I hired in this manner, so I will say no more!

Today, in the real estate business I am working with in the US, I can see things far more clearly and I follow the rules – it’s like recruiting for a corporate client and I never had a problem taking care of someone else’s business, only my own.

There’s nothing like the excitement of doing business in another country and I am extremely fortunate in being able to combine my business with the ability to travel and experience other countries and cultures…but it wasn’t always plain sailing.

Armed with the professional advice of leading international law and accountancy firms, I was extremely confident that I could embark on my international expansion phase with relative ease.

I knew my industry was expanding at a rate of knots and I had plenty of clients, so there was nothing to stop me…in theory at least!

And there is no excuse for not being up to date with all of them that are relevant to your business.

It’s very easy to become complacent and take your eye off the ball — I was no exception.

International law and accountancy firms can go hand-in hand with eye-watering fees and it’s tempting not to take the advice you need, to save money…but it can be a false economy as I found out the hard way.

The US is particularly complicated when you start to trade across different states – in some ways, they are like different countries and the laws in California and in my industry, for example, differ vastly from the laws in Texas.

Looking back, I should have resisted the temptation of doing business all over the globe and concentrated on those countries that were easier (from a compliance perspective) to operate in.

But it was too easy to get drawn into my client’s business and follow them everywhere.

Overall, I found it easier to deal with challenges that had a black and white outcome – either I survived, or I didn’t and it’s the ones that were constant, that gave me the most stress and headaches.

Finally, when I faced any problem or event, I told myself that come what may, I would never, ever quit…and that’s the same advice I will give to you!