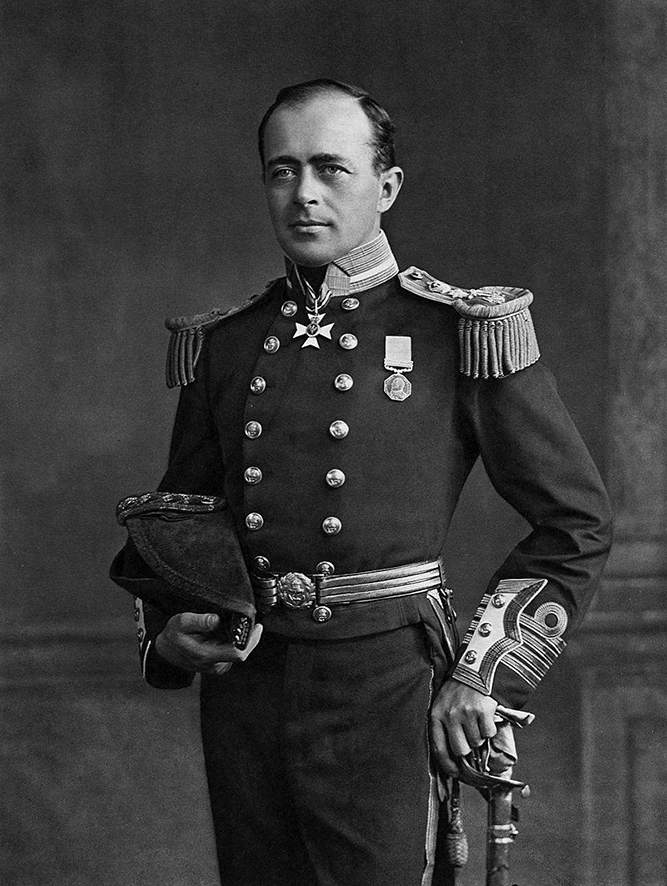 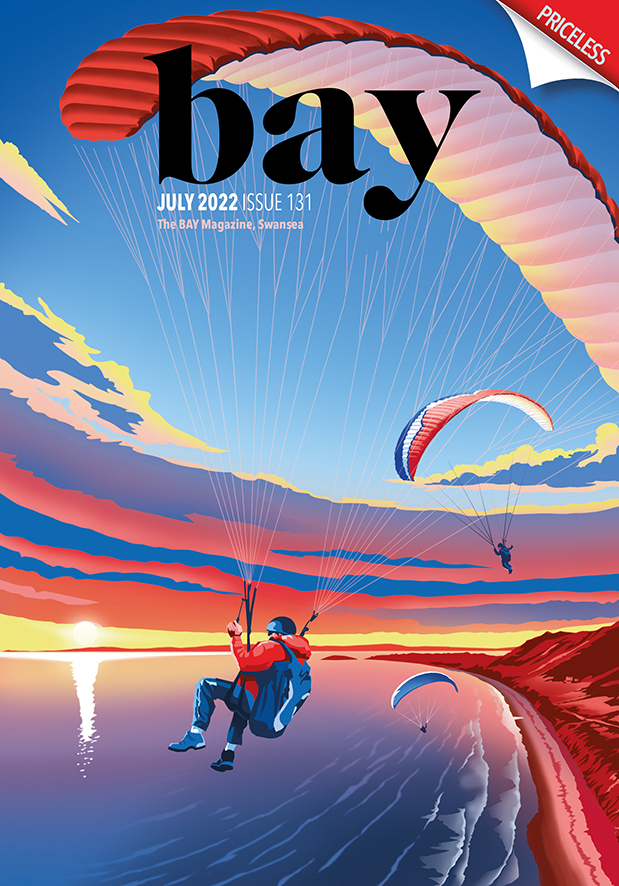 privy to the front covers of Bay before they are published; these are the illustrations that Simon creates and designs.  July’s cover interested me and I made a connection between paragliding and Rhossili. So who or what are their connection? The answer is Captain Robert Falcon Scott (right), but there are two parts to the answer. 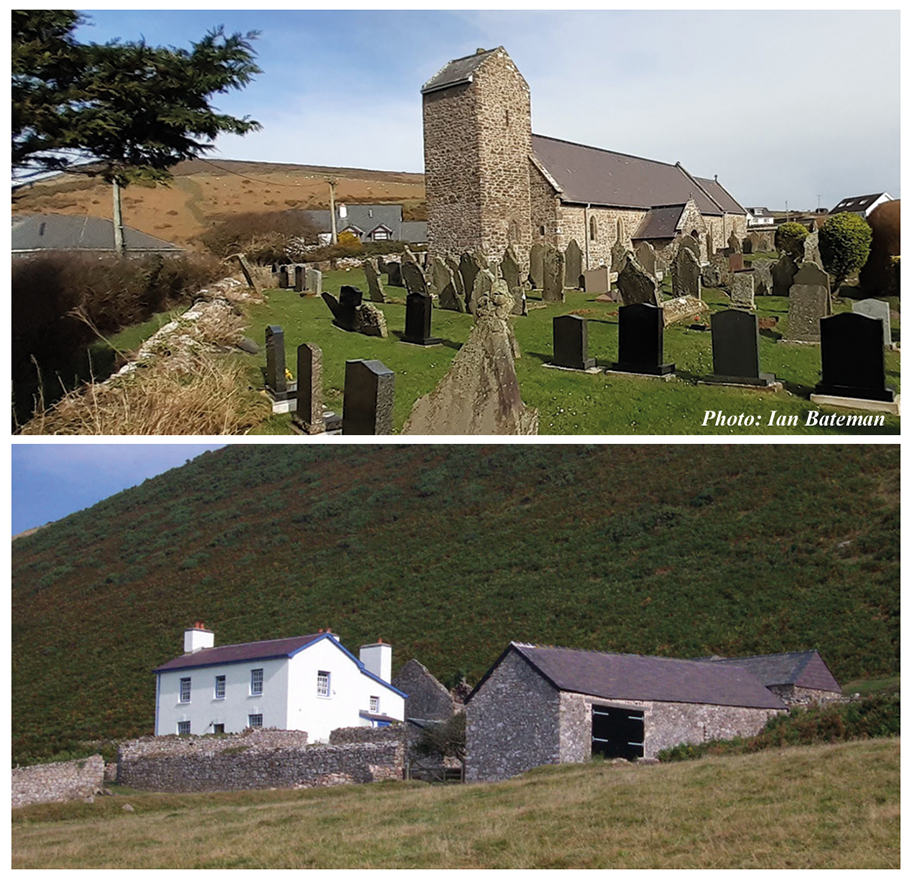 The first part is St Mary’s church and the vicarage at Rhossili.The church that we see today dates from around the 13th century with a 12th century doorway.  The Norman style church is thought to have replaced a church that dated from the 6th century and was located nearer to the beach and was damaged in a storm. The following church was sanctioned by William de Turberville, and the property of the medieval  Order of the Knights Hospitallers of St. John of Jerusalem.  Ownership under the Order remained until the Reformation in 1534 during the reign of Henry VIII.  From this period until the 1920s, rectors were appointed by the Lord Chancellor on behalf of the Crown.  There were additional restoration works carried out during 1856, and extensive works during 1891. These works were instigated by the Reverend J. Ponsonby Lucas and funded by Miss Emily Talbot, from Margam.  Lucas was to serve as Rector for 43 years. 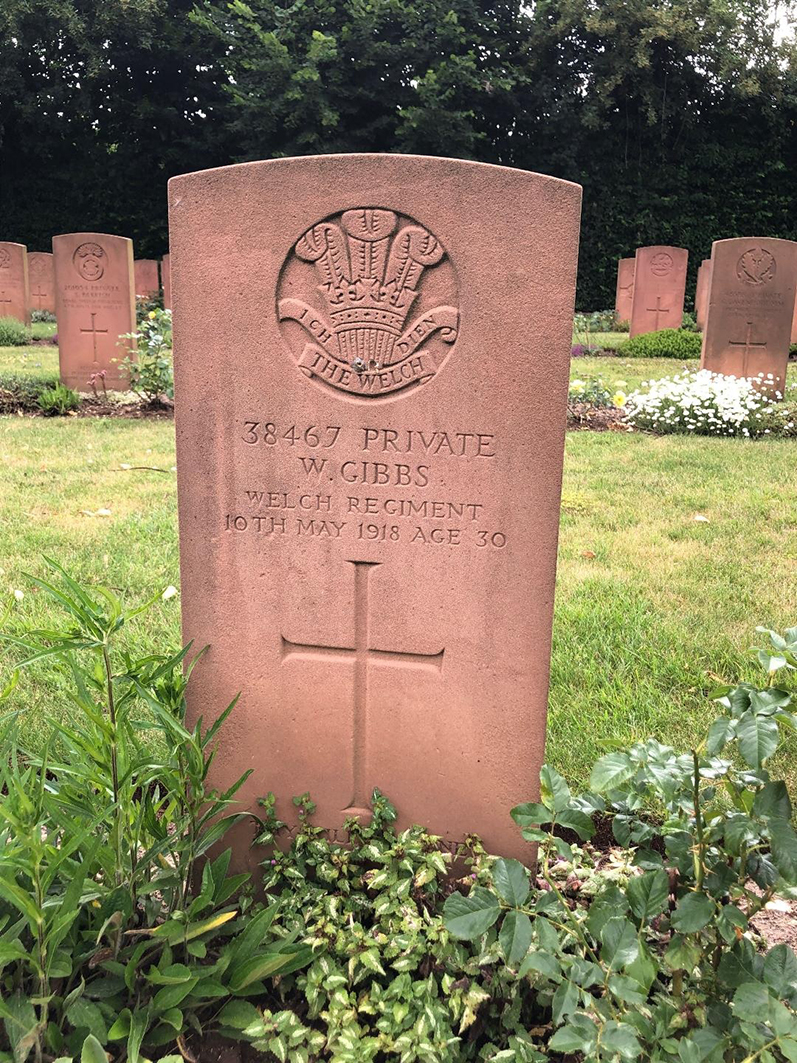 Inside the church, the font is medieval. There is also two memorials, the first one a marble plaque in memory of William Gibbs, who died aged 30. Son of John and Ellen Gibbs, he served with the Welsh Regiment, and was killed in action on 10th May 1918.  William is buried at Martinsart British Cemetery (right), and his name is also inscribed on the family grave.

The other memorial within the church is the tablet, which was erected by Lois Evans in memory of her husband Edgar (left). It bears the inscription “To seek, to strive, to find and not to yield”. Edgar was one of the five members of Captain Scott’s fateful journey to the South Pole, in 1912.

Buried in the churchyard is Reverend J P Lucas, who died in 1898. Situated just off Rhossili beach is the old vicarage, which was built during the 1800s, and was once home to Lucas and his family.  During the Second World War, the building was used as a base for radar workers.  Today, the old vicarage is owned by the National Trust and is available for holiday lets.

For the second part of the answer, we have to look skywards! Paragliding; its history dates back to the 1950s when Walter Neumark predicted in an article  published in the Flight Magazine, that a glider pilot would be “able to launch himself by running over the edge of a cliff or down a slope whether on a rock-climbing holiday in Skye or skiing in the Alps”.

It wouldn’t be until a decade later that French engineer, Pierre Leomongine produced and improved parachutes, followed by Canadian Domina Jalbert who was granted a patent for a multi-cell wing type aerial device. During 1973, the British Association of Parascending Clubs was formed, after a group of enthusiasts broke away from the British Parachute Association. Today, the Association is known as the British Hang Gliding and Paragliding Association.

However, the precursor of paragliding is gliding, having been established during the 1920s as a recreational sport, where a pilot flew an unpowered aircraft. Gliding had emerged after the First World War, due to the restrictions that the Treaty of Versailles placed on Germany building powered aircraft. A key centre was at the Wasserkuppe in the Rhon mountains, North East of Frankfurt. 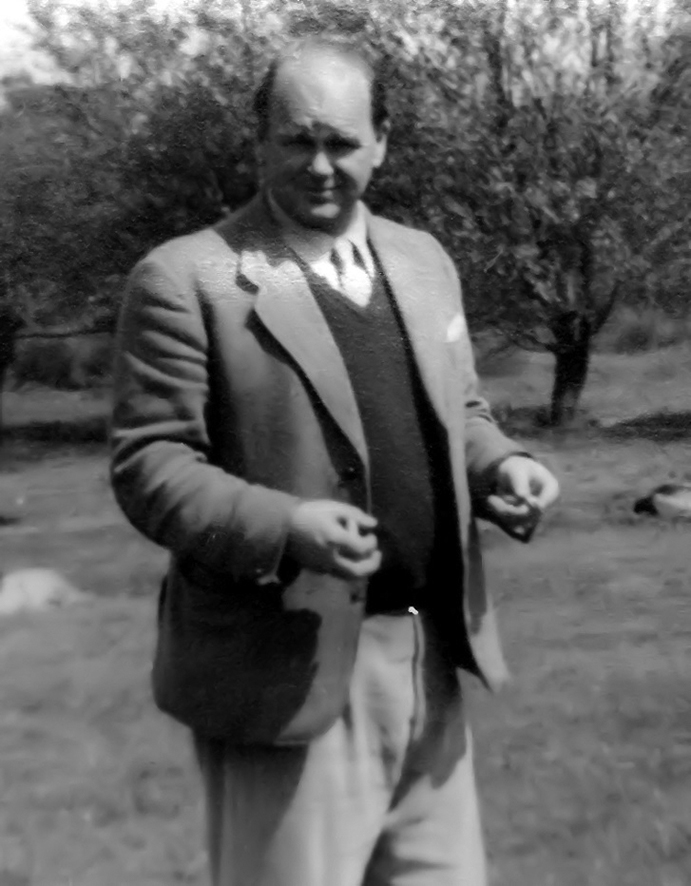 A century ago, the first gliding event took place in ltford, East Sussex with a £1,000 prize for the glider that achieved the longest flight. The British Gliding Association was founded during 1929.  In 1936, the Summer Olympics, held in Berlin promoted gliding as a sport. At these games, representing Great Britain and Northern Ireland at sailing, was Peter Scott, who was awarded a bronze medal.

Peter (right) is the only son of Captain Scott. During the Second World War, Peter served with the Royal Navy Volunteer Reserve, and after the conflict took up gliding during 1956, and by 1963 was British champion. He became the chairman of the British Gliding Association in 1968, and then President of the Bristol and Gloucestershire Gliding Club. There is another tenuous link with Swansea as Peter’s first wife, the author Elizabeth Jane Howard, after their divorce in 1951 went on to marry the author Kingsley Amis, who was a lecturer of English at Swansea University, 1949 to 1961.

So, there you have it, a colourful cover by Simon reveals  such an interesting history.