The Rise of Gru

The franchise seemingly as indestructible as the Minions themselves is back after a particularly heavy covid delay, and essentially combines the two branches of it; The Rise Of Gru is, as you can probably infer from the title, as much Despicable Me 0 as it is Minions 2. The strange little bean people have united with their master and are building him an evil lair in his mum’s basement, but when Gru steals a magical MacGuffin belonging to supervillain team the Vicious Six (presumably Sinister was taken), they set out on a cross-country adventure to rescue him.

On paper that sounds quite straightforward, but in practice The Rise Of Gru is bursting at the seams with plot and incident, absolutely crammed with set-pieces, side stories and diversions like a small child who’s had too much sugar and can’t stop babbling about everything and nothing at the same time. To its credit, the pace is so relentless that it’s very difficult to get bored, and while nowhere near all the jokes land, the density of them is great enough that it doesn’t matter too much. You might find yourself wondering what exactly the point is of Otto setting off in hot pursuit (on a tricycle) of the MacGuffin, but you’ll have forgotten all about it by the time Kevin, Stuart and Bob are trying to steal and fly a plane to San Francisco, every bit as ineptly as you’d expect.

The Minions remain an undeniably great comic creation, and for all that they’ve been a bit overexposed it’s nice to be reminded of just how funny they can be. Their bouncy invincibility matches the manic, elastic style of the animation perfectly and their absurd hijinks – and weirdly understandable gibberish dialogue – are as entertaining as ever. Slapstick fans will be very happy, but it’s hard not to wonder if this franchise would be better served by abandoning story altogether and taking a sketch comedy approach, as suggested by the silly gags in the end credits. For all its convolution the story really is paper-thin, so 70 minutes of disconnected Minion mischief might well be the ideal format. 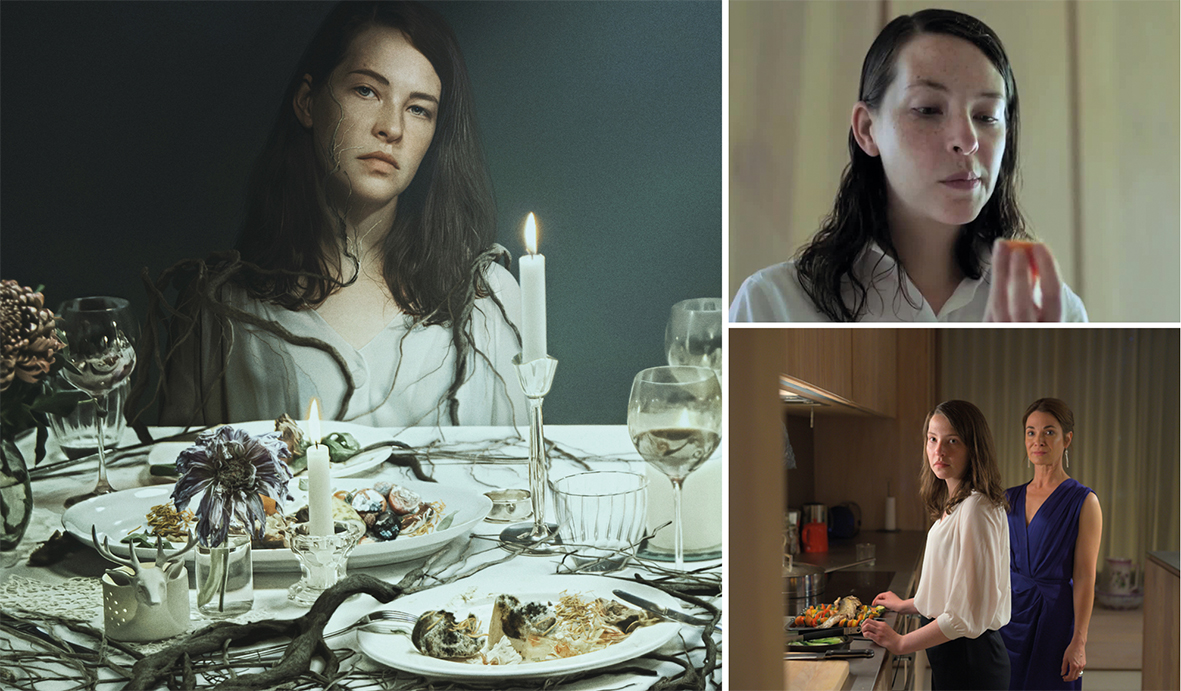 And from here we violently handbrake turn into gruesome horror territory with The Feast, a real and rare treat about as far removed from the Minions as possible, spare and elegant and pared-back. It’s the story of a Welsh MP and his family putting on a dinner party for their neighbours and a valuable business partner, with local girl Cadi drafted in to help set the table and serve the food. Quite wonderfully, the whole thing, with the exception of a handful of phrases, is in Welsh.

A horror movie called The Feast is inviting certain expectations before you’ve seen even a frame, and happily this is every bit as queasy and unsettling as it suggests. Which isn’t to say it’s predictable as such, doing a good job of keeping you as in the dark as the characters about just what is actually going on, and all the more on edge for it. It probably won’t be difficult to guess which characters will be dead by the end, but that’s as much as anything else down to the exceptional visual design: the costumes tell you so much about these people before they’ve even said a word themselves.

From the opening image of a massive industrial drill in the middle of the gorgeous Welsh countryside, and progressing to the family’s aggressively modernist, thoroughly out of place house (which we learn they demolished their old working farm to build) amongst that same greenery, it conjures up a vivid sense of place, and a deeply haunting knowledge that something is terribly wrong here. With exquisitely awful things happening to those who are despoiling the land for profit, it’s not, perhaps, an especially subtle film, but subtlety is often overrated in art; if you have a point to make, and it’s a point worth making, it’s worth shouting it.

It’s full of great performances, particularly an enormously creepy star turn from Annes Elwy as Cadi, and appalling (meant as praise) images, one of which in particular recalls one of the more disturbing moments from Gone Girl and has a payoff as horrifying as it is inevitable. A good word for the film, really: the outcome isn’t predictable, but it does feel inevitable. Grab a fork and tuck in.