Bay is delighted to offer readers the chance to WIN a pair of VIP tickets to the Rugby Legends show in Cardiff on 7th October 2022. VIP ticket includes:

To enter simply send your name address and daytime telephone number to lesley@theswanseabay.co.uk

putting Rugby Legends in the subject line. Editor’s decision is final. No cash alternative. No correspondence will be entered into. Closing date for entries  – 31st August 2022. 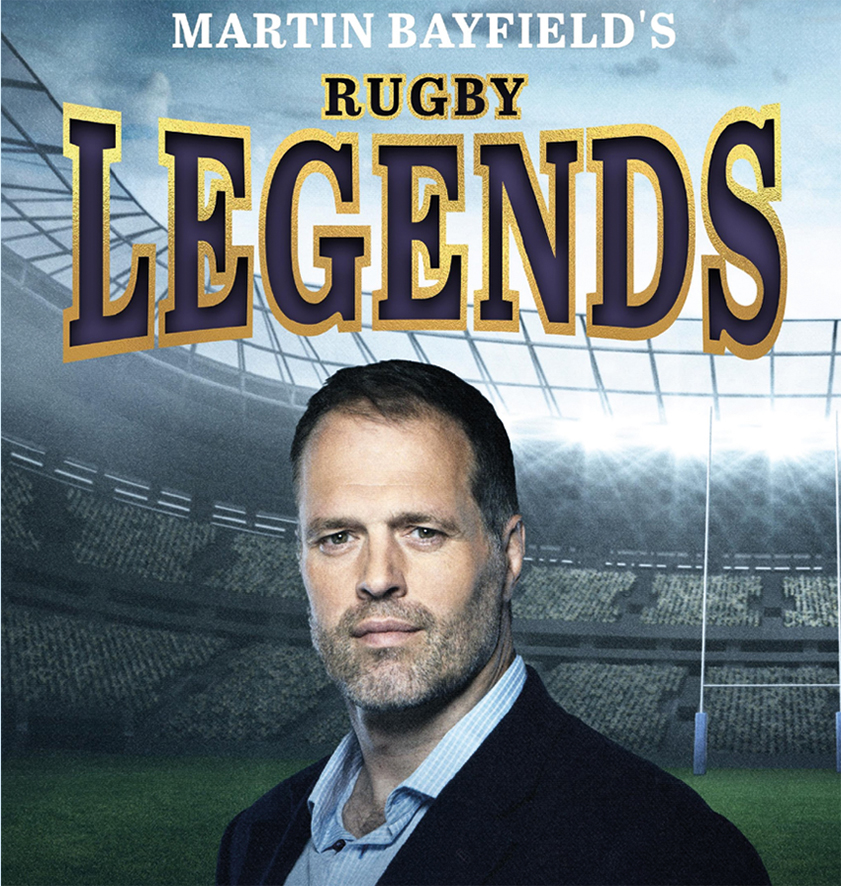 In Conversation With Other Giants Of The Game Across The UK

From the police beat to the Hollywood movie screen to a Five Nations Grand Slam and MasterChef final, Martin Bayfield has had a varied life!

Join former England international and true giant of the game Martin Bayfield on his ‘Rugby Legends’ UK tour in St David’s Hall Cardiff on 7th October 2022. This unique show will see Martin take to the stage with former players to reveal never-heard-before stories and incredible insights into the sport we all treasure.

“This is the game I want to celebrate. The game of my youth, the game that became my family, the game that took me around the world and opened the door to so many unexpected wonders.

If you’ve played the game, you’ll nod your head and chuckle. If Rugby is new to you, you’ll shake your head in disbelief. It shouldn’t work, but it does, and that’s why I love it so much.

Joining me on this journey down Amnesia Avenue will be some great names from the game. Players who have made their mark, but perhaps more importantly players who for me have added the colour and the chaos.”

Bedford 1975: a 5’4” 8-year-old Martin was finding himself useless at every sport he tried, describing his attempts at football as “woefully poor” and cricket “dangerously poor”, but swimming? “I was good at that. Slightly niche, but I’ll take it”!  It would all change when a coach threw an odd-shaped ball accompanied by the wise words, “Hey, shorty, you’ll like this game”.

47 years on and Martin’s passion for the ‘insanely bonkers’ game has not diminished; now a top commentator for the sport with a successful TV and film career alongside motivational speaking work, he still relishes his playing career during the early years of the game, when internationals ran out alongside the club stalwarts and legends rubbed shoulders with the well-meaning incompetent.

The audience can expect stories with soon to be announced special guests about international games, local teams; legends emerging from coal mines, farms, police stations, classrooms, universities. Matches played on 6” of grass, mud in the winter, hard pan in the autumn and spring months.  Riotous end of season tours and half cooked lasagne or chilli con carne after the game washed down with beer, then the long, meandering journey home.

For full details of the tour and tickets please go to   www.myticket.co.uk